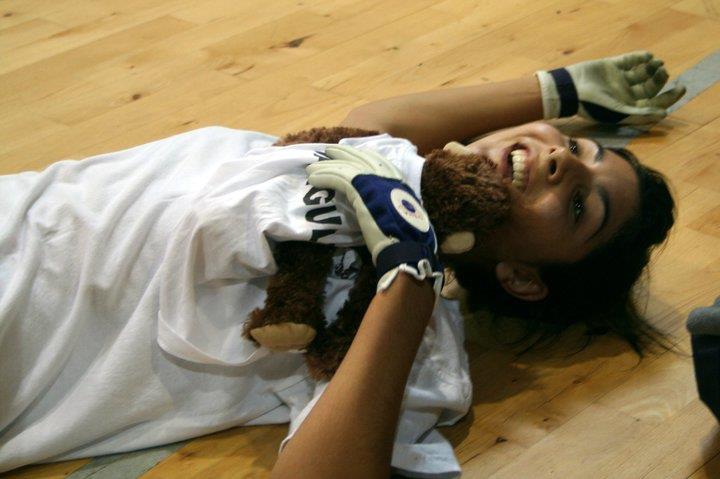 The Irish Nationals are always a huge highlight on the handball calendar, writes Peter Cohen, and this year was no exception, with over 400 athletes competing over the course of the weekend. 18 English Handballers, all with a background in either Eton or Rugby Fives, made the trip over the Irish Sea and reached no less than eight finals, winning three titles.

The Open grades were fiercely contested, and with recent international success at the World Championships, Ady Lee, Peter White, Pete Cohen, Kerry White and Ash Lumbard were all keen to make a mark on the competition. In the Ladies event White destroyed the field to pick up the plate trophy, which most observers equate to reaching the semi-final of the main draw. In the men’s event, Cohen knocked out the World U19 Champion Diarmuid Nash after a thrilling tiebreak at 18-18, before causing the upset of the tournament in defeating four-time World Champion Dessie Keegan to reach the semi-final, where he was eventually defeated by Westmeath’s Robbie McCarthy. Lee, himself also knocked out by McCarthy, powered through the plate competition to reach the final.

Elsewhere, Anita Ganguly (Ladies’ B) and Marianne Rees (Ladies’ Challenger) both made it through to the finals of their main draws before losing out. Ganguly played her best ever handball to come through her semi-final, and Rees showed composure in her first international tournament to win through three rounds.

Meanwhile, in the other plate competitions, Ant Theodossi (Men’s C), Doug Foster (Men’s Challenger), Andy Pringle (Masters) and Dan Murray (Men’s U23) all reached their finals, with Foster and Pringle battling hard to take the titles and pick up the silverware.

Overall, the English players competed in 63 matches, winning 34 of them, to take home an impressive 54% win ratio along with the trophies.