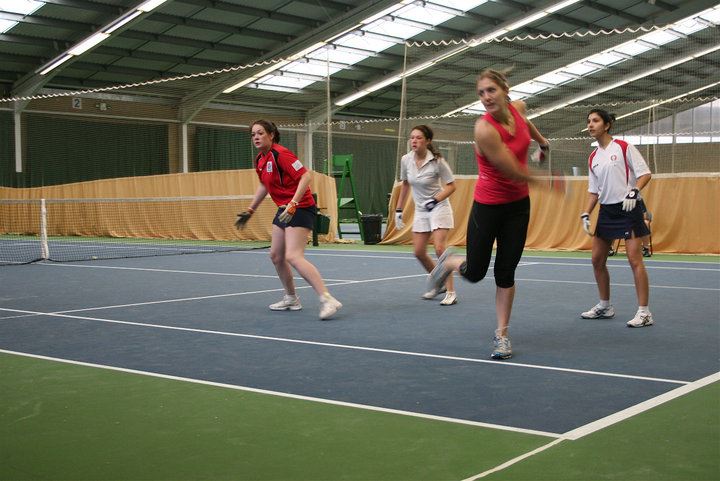 Lee & White drew Cohen & Price, winning 21-17 despite a hard-hitting comeback that nearly caused a reverse. Van Nuffelen & De Mil negotiated Theodossi & Perrie more easily, setting up a fabulous final with Lee and White that saw outrageous killshots combined with diving retrievals. In the end the Belgians took the title with a 21-17 win, cue huge celebrations from the visiting pair.

The Ladies Open also went down to the wire; Rees and Scoones had to win in the final round-robin match to secure the title, and held their nerve to defeat Ganguly & Thompsell in a hard fought match with some seriously big hitting. It was the first international title for Rees & Scoones, both having lost out in their finals at the Irish Open earlier in the year.

Finally, the men’s challenger grade was won by more home-grown Westway talent; Tommy Curtin and Luke Thomson negotiated a tricky group and semi-final to come up against visiting Irish duo Colm Grace and Brian O’Sullivan. There was quality on show throughout the game, left-hander Thomson’s speed around court and Curtin’s big hitting proved a winning combination as the English pair stayed ahead from start to finish. Thomson adds the doubles challenger title to his earlier singles win, a real confidence boost as he begins preparations to travel with England to the European Handball championships in September.