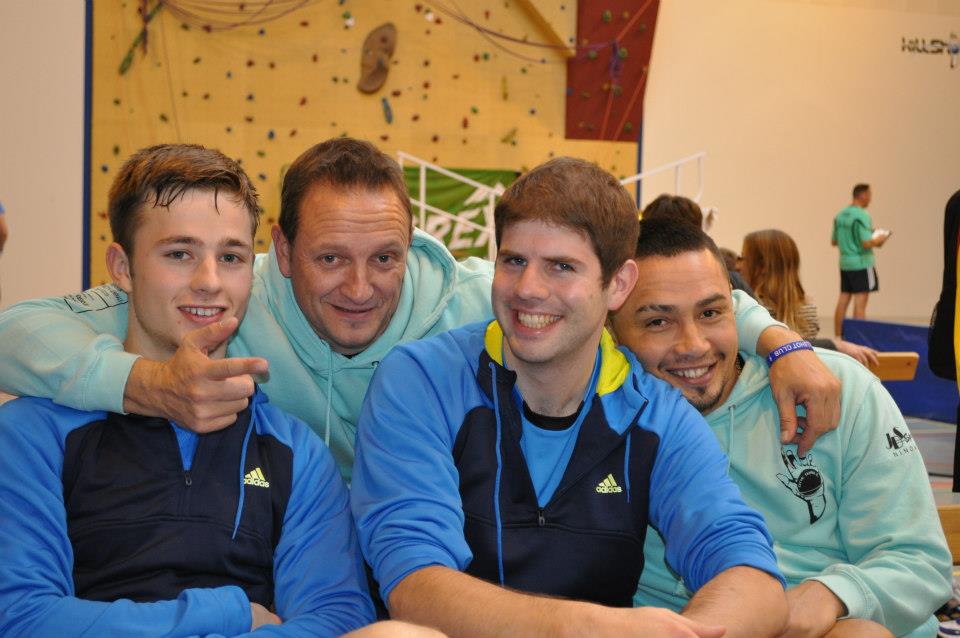 On the 10-11th November Daniel Grant and Luke Thomson travelled to Belgium for the 1-Wall Belgian ‘KillShot Club’ Open.  A singles & doubles event set in the picturesque town of Huissignies.

The KillShot club is Belgium’s premier club, set up by Belgian internationals Sébastien Potiez, Guillaume Dumoulin and their coach Geert Vandervelden. We thought it’d be a great idea to support their second ever tournament.  They had over 50 players competing and a few internationals from France, Holland and even Pee Wee Castro from the USA.

Saturday was singles; group stages with the top 2 going through.  Grant won his group and Thomson came second after losing to our old friend Gregory Van Impe aka ‘The Hammer’ (due to his impressive right hand). In the last 16 Thomson struggled against an on form Gerard Picard of France who was having a great day.  He beat our Brit 21-18.   Grant on the other hand comfortably progressed to the quarterfinals.

Sadly he too had a nightmare match against the Frenchman who was now even more pumped than before. Looking uncharacteristically lethargic on court, Grant blew an 18-14 lead to lose 21-18.  Grant could have done much better and he knew it.  He had his excuses but also wished to take nothing away from Picard, who was playing at the very top of his game.

It will come as no surprise that Pee Wee Castro won the singles comfortably in the end.

The doubles on Sunday only featured Thomson as Grant had to leave early for a family commitment.  Luke was to play with The Hammer himself, Van Impe.  The two were a very strong pair and we had high hopes for them perhaps walking away with the title.  They won 3 out of 4 of their group matches and finished second.  Finishing 2nd in the group meant they had an incredibly hard last 16 match against Pee Wee Castro and Canadian Steve – the top seeds.  Tekkers and Hammer gave it their all and it was nip and tuck all the way but the duo agonisingly lost by one point, 21-20.

In a curious tournament the top Belgian pair and the American pair also both got knocked out before the final, which was won by a relatively unknown Belgian pair who beat the top French duo.

We had a great time over there and although we didn’t play too well on retrospect, it was fantastic to forge stronger relations with the Belgians and help to inspire the next generation of European players!

How’s your french? Click here for a video from the Belgian news about the tournament