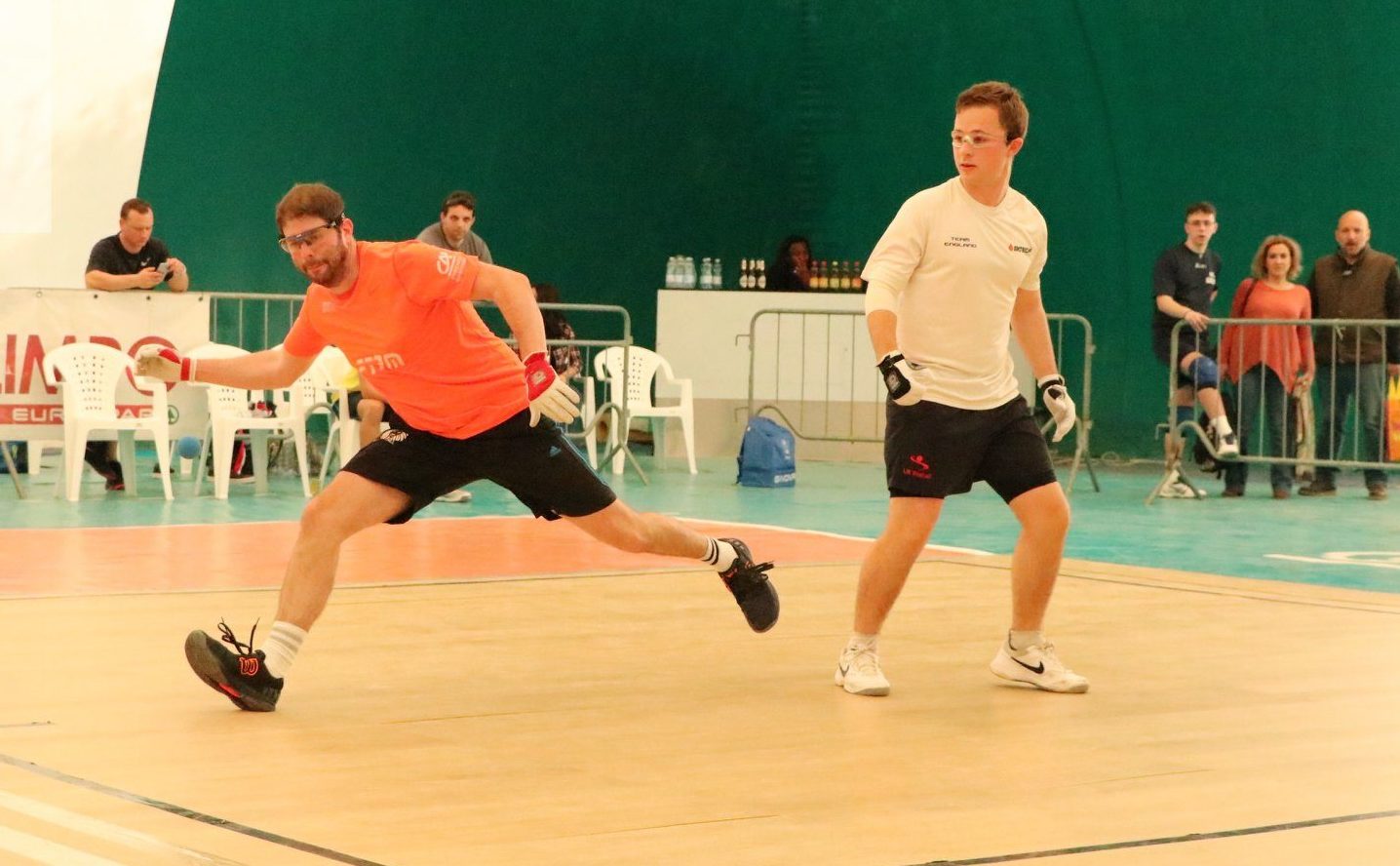 Five silver medals make their way back to the UK after a very successful Italian Open held in Palermo, Sicily, last weekend. Strong performances by the UK team, ensured appearances in both the A & B Mens Doubles finals, whilst GB’s number one ranked player, Luke Thomson, also made it to the A final.

Thomson, now ranked third in Europe after a strong season, continued to impress with group stage victories over Paolo Vachetto and Luke Stradwick. This qualified him for a semi-final showdown versus long-time mentor Dan Grant, which promised to be close affair. The doubles partners did not disappoint, with a point-for-point cliffhanger, resulting in a narrow 25-23 victory for Thomson. The final pitted the Brit against up-and-coming Belgian sensation Simeon Van Stalle. Thomson battled hard and produced some impressive kills. However, beginning to struggle with a quad strain, the final couple of points went the other way and Van Stalle became a Euro Tour champion for the first time.

In Sundays doubles tournament, Grant & Thomson displayed exactly why they were aiming for their third title of the year. Minimum trouble was encountered on their way to the final by topping the group and overcoming Sebastien Potiez and Gregoire Vast convincingly in the semi-finals. Yet again, in the final, it was Belgium standing in the way. This time, Loic Clement partnered Van Stalle in his search for another gold. An entertaining battle ensued, with Grant controlling centre court for long stages. However, the Belgians displayed great game management skills to push ahead. Another 25-23 victory for Belgium was achieved when Clement powered the ball into Grant’s feet.

In the B doubles, Luke Stradwick & Colm Grace progressed to another final, where they came up against Italians Enrico Rinaldi and Marco Battaglino. The Italians made fine use of home advantage and through an aggressive style, forced 23-14 ahead. However, Stradwick found his stride and forced 6 unanswered points, forcing the Italians into a timeout. Grace managed to find another 3, before the Italians closed out with a 25-23 victory.

In the Over 40s, best of the Brits was experienced left-hander Fred Rowe. Partnered by Ireland’s Frank Semple, they narrowly lost out on the Plate title.

It was a highly successful return to the Italian Open, after a break of two years. We look forward to a return to this impressive venue.