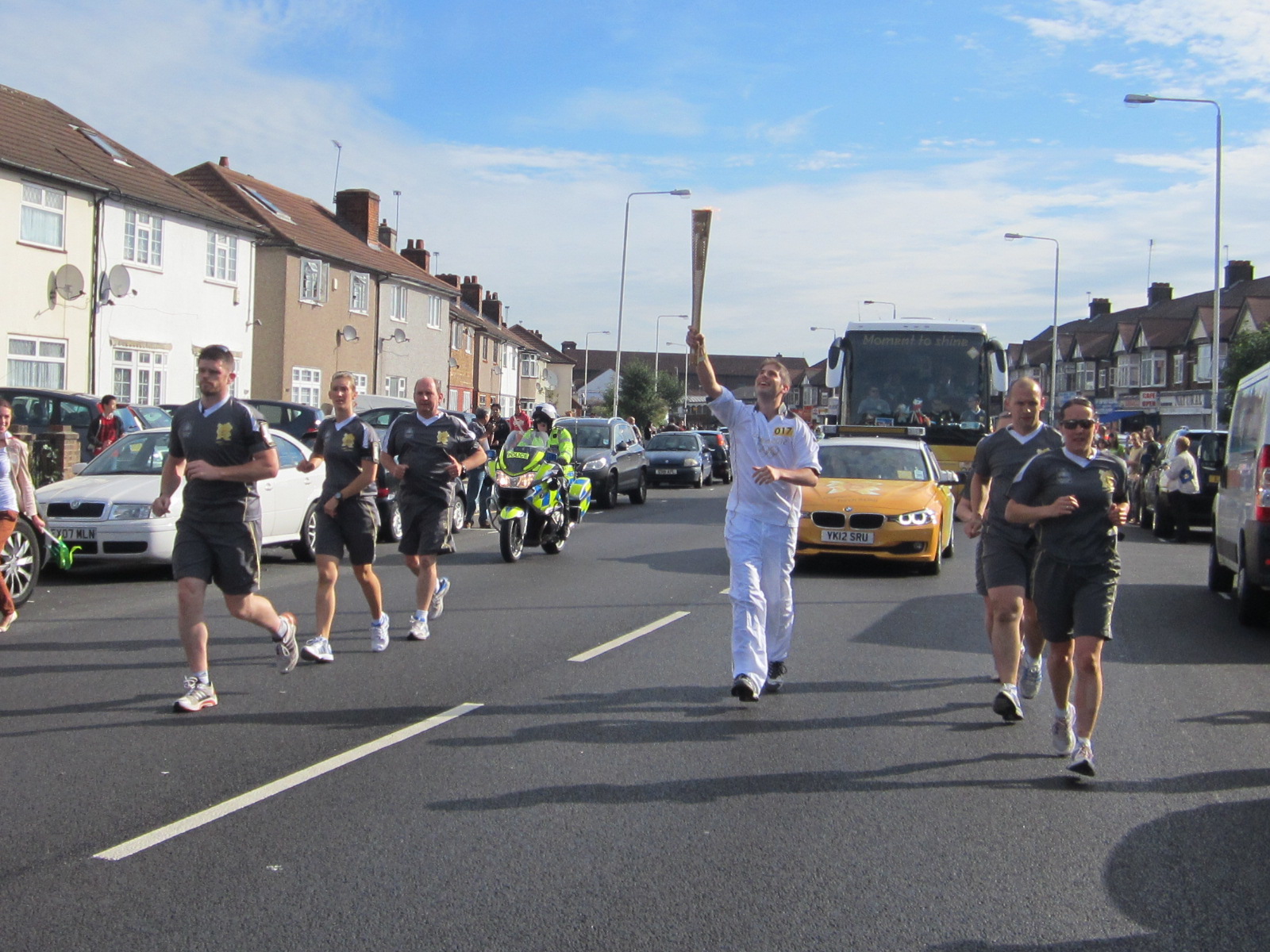 UK Wallball President and Team GB international, Daniel Grant, has carried the Olympic Torch in recognition of his work towards the development of Wallball.

Dan carried the torch on Sunday 22nd July through the London Borough of Redbridge. After the event he said:

“Wow. That was just phenomenally brilliant! One of the best days of my life. I’m full of pride right now and it’s just fantastic to see so many people supporting the Olympics and really getting into the Olympic Spirit.”

In the coming weeks Daniel will have meetings in New York, in parliament, with Camden council and with the charity, StreetGames. He is now putting together a proposal for the Mayor of London for after the Olympics which will hopefully see Wallball taking off all around London. “As you know,” Daniel says, “Wallball is the perfect sport for the inner-city and I hope that the Olympic Torch will help put Wallball on the map.  The sport is also currently going for Olympic inclusion and this is a great step forward for the worldwide community too.”

Congratulations Daniel for the fantastic achievement!