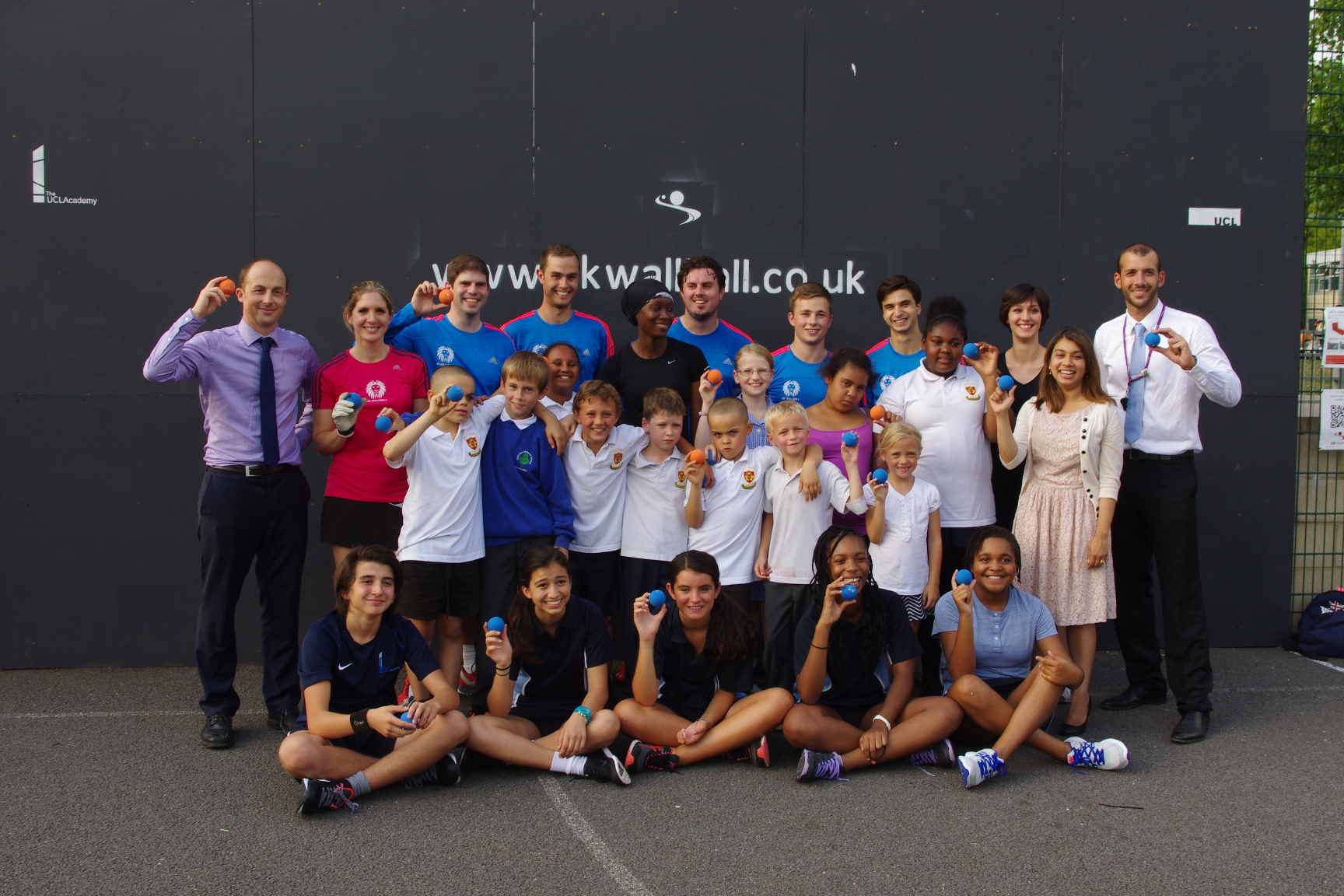 The two courts, which are located at the Talacre Sports Centre, Kentish Town, were opened with a demonstration from the GBR Team.

[googlemap src=”https://maps.google.co.uk/maps?q=talacre+sports+centre&ll=51.547096,-0.147135&spn=0.00842,0.020857&fb=1&gl=uk&hq=talacre+sports+centre&cid=0,0,935773027952048773&t=m&z=16&iwloc=A” width=”250″ height=”207″ align=”alignright” ] The courts are free to use and aim to inspire a new generation of British sportsmen and women to take up Wallball.  Working with the Talacre Team and UCL Volunteers, UK Wallball hopes to raise awareness of the wallball and get kids playing whenever they want.  The courts were sponsored by University College London and UCL Academy, who have backed the sport from its grassroots stage; the Academy also having built 5 courts on site.  Team GB’s Wallball team will also train at the new facilities in light of the recent news that Wallball may demo at the Rio Olympics in 2016. 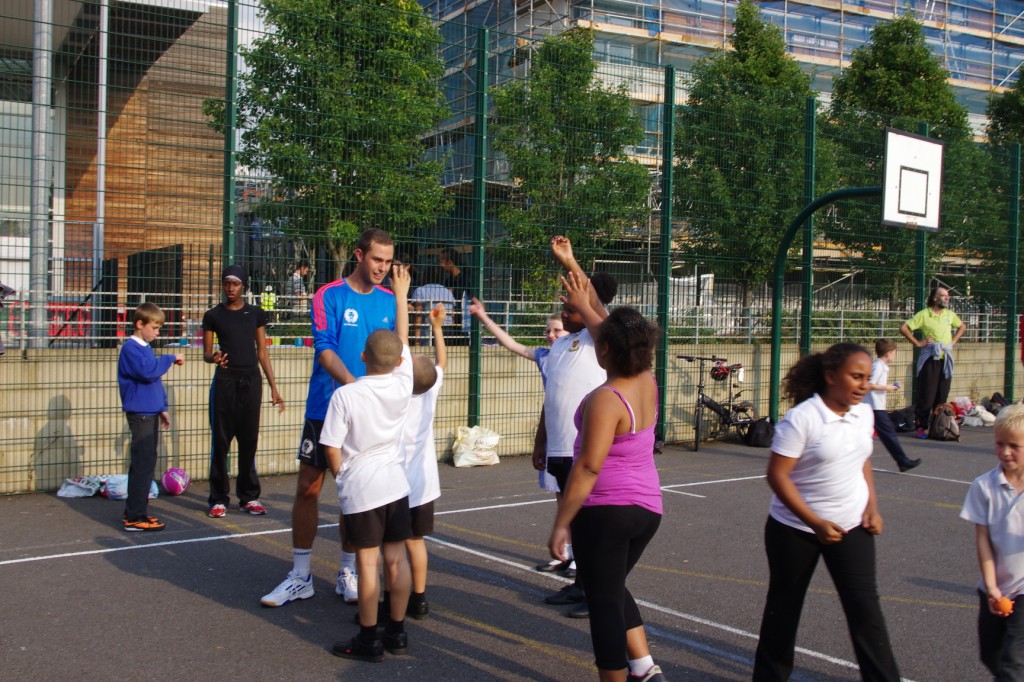 Local kids give it a go with the Great Britain Team

Wallball originally gained popularity in New York City in the 19th Century, having been brought from Europe by Irish immigrants. There are now 2500 courts in the city, many of them on the street and free to use.  UK Wallball hope to emulate this success on the streets of London, and in line with the Olympic Legacy, hopes to give young people simple and effective access to a healthy lifestyle.

Commenting on the opening of the new courts, Daniel Grant, President of UK Wallball and a member of Team GB’s wallball team, said:

“The great thing about wallball is that the sport is open to anyone – all Camden’s youngsters need to do is come along to the courts and they can get involved. Just pick up a ball and start playing today! You can play whenever you want and we’ll also be starting adult and youth sessions here in the coming months.”

Balls are on sale from the Talacre Sports Centre reception for £1.50 and can be borrowed if necessary.

“We’re hoping that the funding UCL has invested in the wallball courts will reap big rewards in years to come – inspiring a new generation to take up a new sport and improve their confidence and fitness at the same time. UCL is a global university and we wanted to reflect that by funding courts for a sport which is popular worldwide and increasingly popular in the UK, too.

“The new facilities will also be a massive boost to the training facilities on offer for Team GB’s wallball players, both now and in the future. It’s especially exciting that thanks to UCL we’ll hopefully produce the next generation of Olympic gold medal winners.”

The courts form part of a pilot project for London and it is hoped that the data gathered after 12 months will see similar free-to-use public courts roll out across London and the rest of the UK.

Counsellor Tulip Siddiq, Cabinet member for communities and culture said: “At Camden we’re thrilled to be backing wallball – just looking around you can already see the benefits. Come on down and get playing, it’s totally free!” 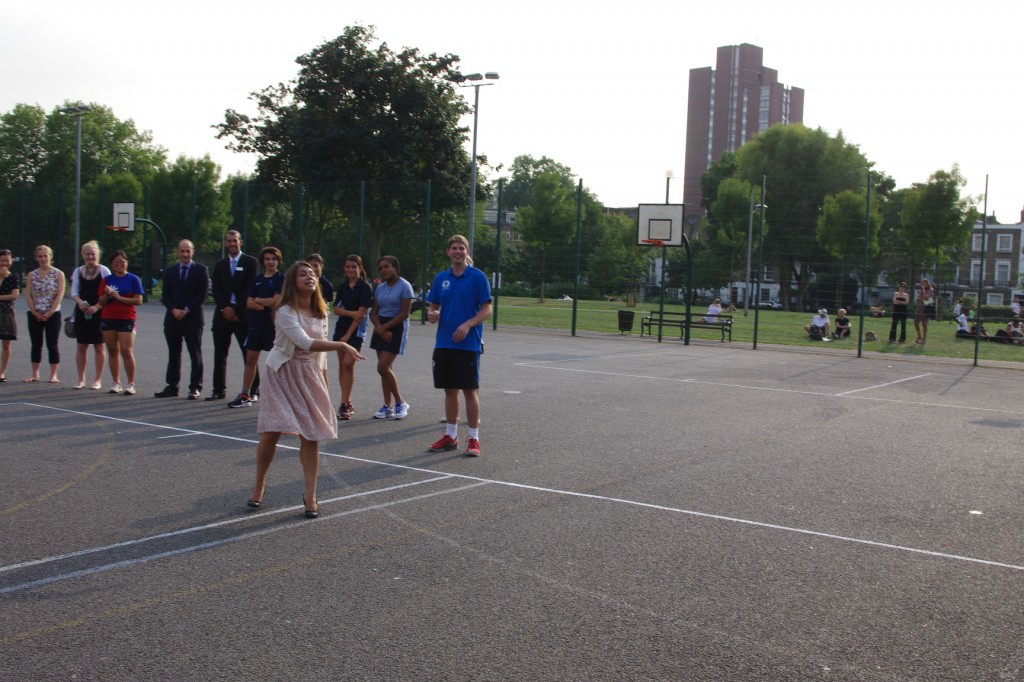 Counsellor Tulip Siddiq opens the courts, as is customary, with a fine strike of the ball against the wall!

See the full album on our facebook page here

Links to other articles on the openings:

Camden New Journal: “Coming To A Wall Near You”

Ham & High: “Come on Down and Play Wonder Wallball”