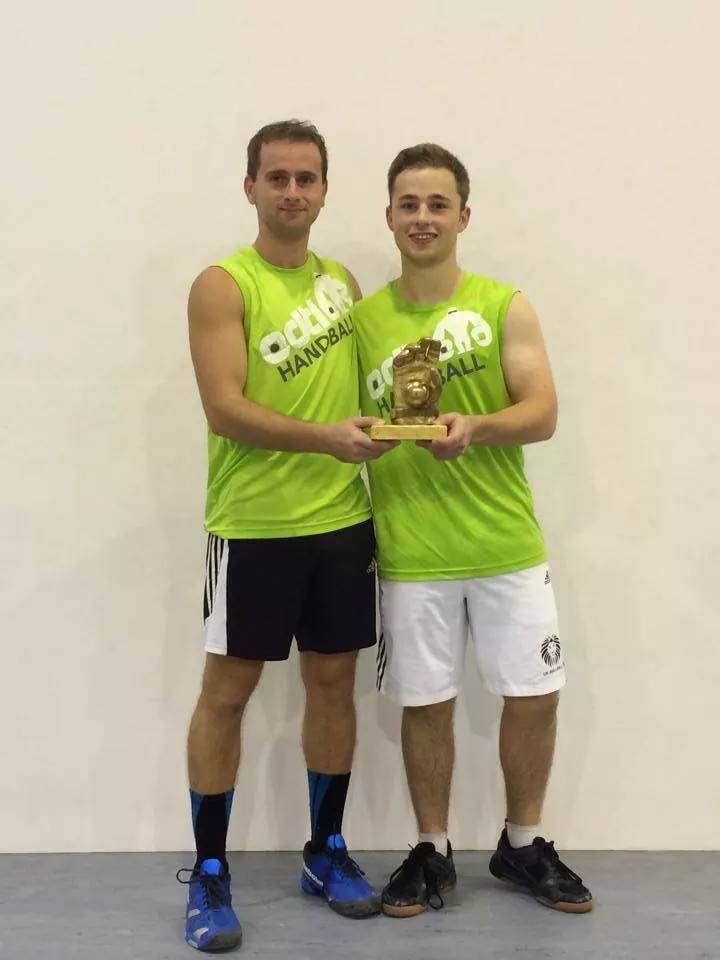 It was a lone voyage on the Eurostar for GB’s Luke Thomson as he headed off to Lille in preparation for the Belgium open. With many of his fellow compatriots taking in the Frontball scene in Anglet, he was the sole representative for Team GB and carried with it the pressure of keeping up the Kingdom’s recent good form.

After the short drive from Northern France to Huissignes, a homemade Belgian stew, and a night spent listening to the local hens and roosters trying to sabotage a peaceful hostel sleep, the tournament was upon us. The Open singles draw consisted of 26 men from Belgian, Holland, France, USA, and of course GB. Second seed Thomson (or Teks, as he’s affectionately known by his team mates) was placed in a 4 man group, and if all went to plan, the draw looked favourable for another singles final spot to replicate the UK Open earlier in the year.

Up first was the relatively unknown quantity of Cornelis Terpstra. The Dutchman was a new face to the Open scene and with a big right hand posed an early threat. As Teks quickly took control of the early exchanges it was the Englishman’s serve that was causing Terpstra real problems. The short cross court angle to the right eventually proved too much for his opponent, as he racked up a GB record 7 aces in his 15-3 win.

Teks followed this with a 15-2 win over Kevin Van Abeele, to leave the fate of the group resting on a decider against 18 year old Eric Bremmels, who’d also won his first two games. And it was the tall Belgian who started strongly, attacking well to keep Thomson off serve. At 12-12 it looked like anybody’s game but the experience of the Brit told as he got back on serve and closed out 15-12. 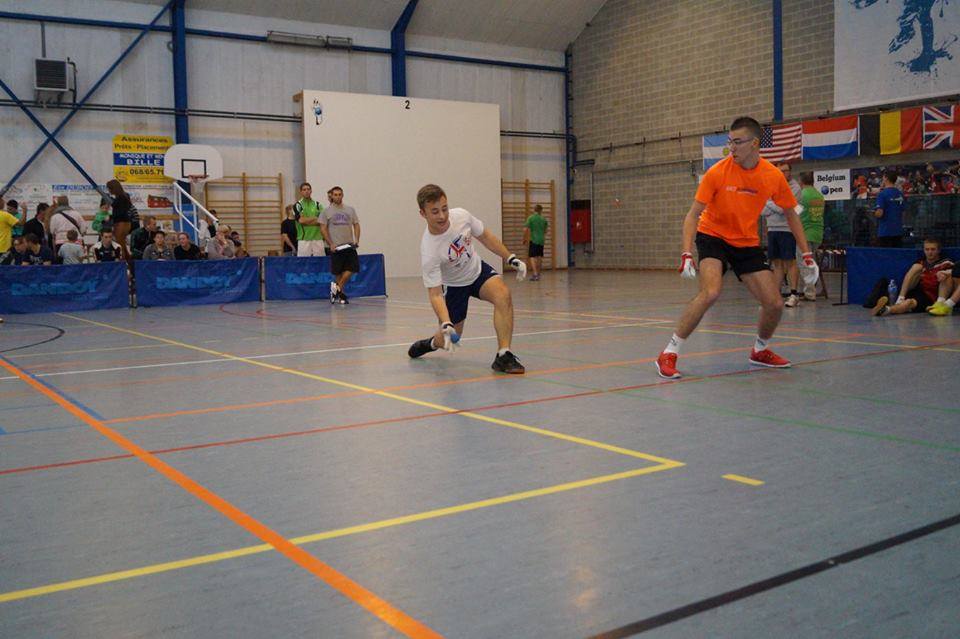 While Group 8 went to seedings the rest of the draw threw up some rather surprising results. Highly favoured American Vlad Klym, only finished 2nd after losing out to 16 year old Tanguay Metayer, and the French no. 1 Gerard Picard also lost a group match, setting up a last 16 tie with Thomson. The Frenchman had a 100% record over Teks, after winning their only meeting at the same event two years previously. But Thomson is a different beast now to the player he was back then. A much improved right hand is a big change in his game, and the William Polanco “Automatic” kill was in full effect. As Picard looked to cover his weaker left by standing off centre, Thomson exploited the space down the right side line with a series of straight drives and kills, easing him into the quarters 15-7.

After his earlier loss, Klym had moved to the bottom side of the draw, and a rematch of the UK Open Final was brought to life in the quarter finals. Again Klym had a 100% win record, this time over three previous head to heads. But each game is a new opportunity, and with Klym yet to find his form Thomson sensed a chance. As both players battled for the front court it was the Brit who raced into a 5-0 early lead, killing the ball left and right with his dominant left hand, only to have the advantage immediately pegged back after a good Klym run. As the lead chopped and changed it reached breaking point at 14-14 with both players taking time outs to disrupt their opponent’s rhythm. Once back on court Klym took advantage to lead 19-17, but it was to be Thomson’s day. A strong return followed by a Klym hand error and three Thomson kills gave Teks his first win over the American. It was a muted reaction given the two would be paired up in the doubles the following day, but it was arguably one of Thomson’s best wins of his career.

With the final only one round a way, Tek’s last stepping stone was the experienced Belgian, Sebastien Potiez. The big left hander has been a significant force on the European circuit for many years and on his home courts posed a stern challenge. After a much delayed start time, the game finally commenced and it was the big Belgian who began dominating the early points. His powerful left was controlling the court, and whenever presented with a chance, it was finished off with pinpoint accuracy. As the rallies grew longer, the speed of Thomson began to take over and push Potiez to his limits. At 12 all the match was wide open and it was the Belgian who capitalized. Some poor returning from Thomson presented Potiez with chances that he just doesn’t miss, and the Belgian rolled back the years to claim a place in the final 21-15. 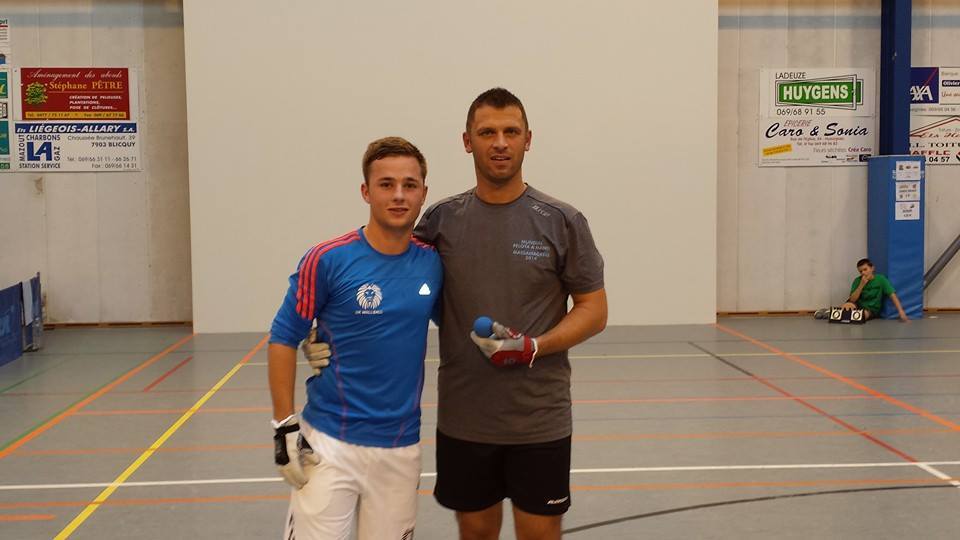 It was the end of the road for Thomson, and his disappointment was evident. Potiez had performed when it mattered, and a succession of weak returns of serve has cost Thomson his chance in the final. The final eventually went the way of American John Melo, who overcame Potiez 21-10 to claim his first win on the European circuit.

But there was little chance for Teks to remain downbeat as the doubles soon swung into action. The pairing of Klym and Thomson were touted as early favourites, but their first game wasn’t without drama. Picard was pairing up with Klym’s foe from the day before, Tanguay Metayer, and some excellent rallies ensued. As Klym struggled to find his range with his kills, the Belgian/French alliance went toe to toe with the much fancied pairing. But a change of tactics saw Klym begin to drive high and hard with Teks cleverly blocking off Picard’s line of sight. The change was enough to turn the game and the Klym/Thomson partnership took the match 15-12.

The pair followed up their good start with a comfortable 15-1 win in the second game to finish top or their group. This meant a match up with an all French pair containing Andy Couteau, winner of the singles event in 2010. Some predicted it to be a close affair but with Klym and Thomson really finding their grove with some explosive attacking, they flew through the last 16, 15-3.

In the quarter finals they faced John Melo and his young Belgian partner Gregory Vast. With Thomson consistently getting position over Vast, the youngster found it hard to get into the game. As more and more of Klym’s shots whizzed by the legs of Thomson, the opposing pair struggled to cope with the blind sighted play and quickly succumbed 21-6.

The other quarter-final saw the Dutch and Belgian top pairs meet to decide who would face Thomson and Klym in the semi -finals. Tjisse and Hans of Holland prevailed and it led to one of the longest games of the tournament. After the Dutch pair had beaten Klym and (fellow American) lefty Polanco in Holland the previous year, it was all set to be a tight affair and it didn’t disappoint. Handout after handout came and went as both teams attacked hard and fast. Eventually a variation of serve changed the course of the game, as Klym unleashed his unique whip action, which makes the ball hop and skid on contact with the floor. The serve began to flummox Tjisse, who found his large backswing suddenly tied up as the ball cut back into his body. As the Thomson/Klym partnership began to put together some large runs of points the Dutch pairing struggled to change the momentum of the game, and eventually could hold no longer as Thomson and Klym progressed to the final 21-14.

The last match of the tournament saw Thomson and Klym face the surprise package of the weekend, Kees Van der Shoot and Allard Hoekstra, the Dutch second pairing. The left handed Allard had been dominant on court against the top Belgian pair, and the tall Van Der Shoot had proved the downfall of the French in the semis.

With everything ready to go, the National Anthems rang out, Wilhelmus, the Star Spangled Banner and then after some delay, as Guillaume realised it wasn’t on his usual iPod playlist, God Save the Queen. The spectators in the bleachers looked on, hoping for an epic. However, by final time, Thomson and Klym were truly in full flow. With the Dutch pair looking nervous, Thomson and Klym capitalised, Thomson occupying the front court and hitting a number of early winners to give them a healthy start. Then, Klym began to dominate. Taking control of the court, his driving was simply too much for the less experienced Dutch pair, giving the GB/USA combo an unassailable lead that they closed out for the title, 21-3.

The tournament was over, and GB finally have a European Open winner!!! (with a little hand from an almost British, Ukrainian American). 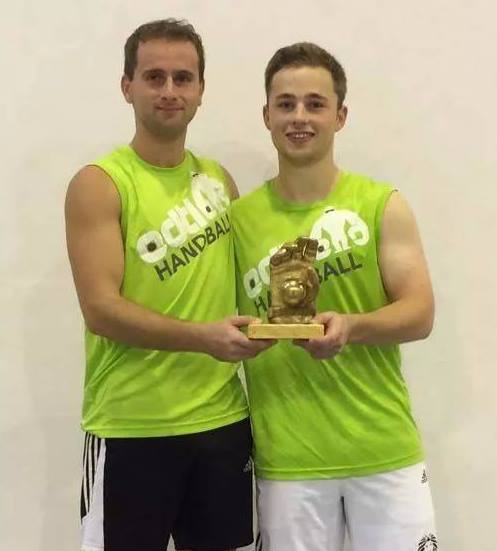 At the end of another fantastic Belgium Open, our thanks go out to Sebastien Potiez, Guillaume Domoulin, Geert Vandervelden and Vincent Pozzebon for organizing such a great event and being so welcoming. It was an Open full of shock results, hostel hens and Belgian waffles, and is certainly one Teks won’t forget for a while!