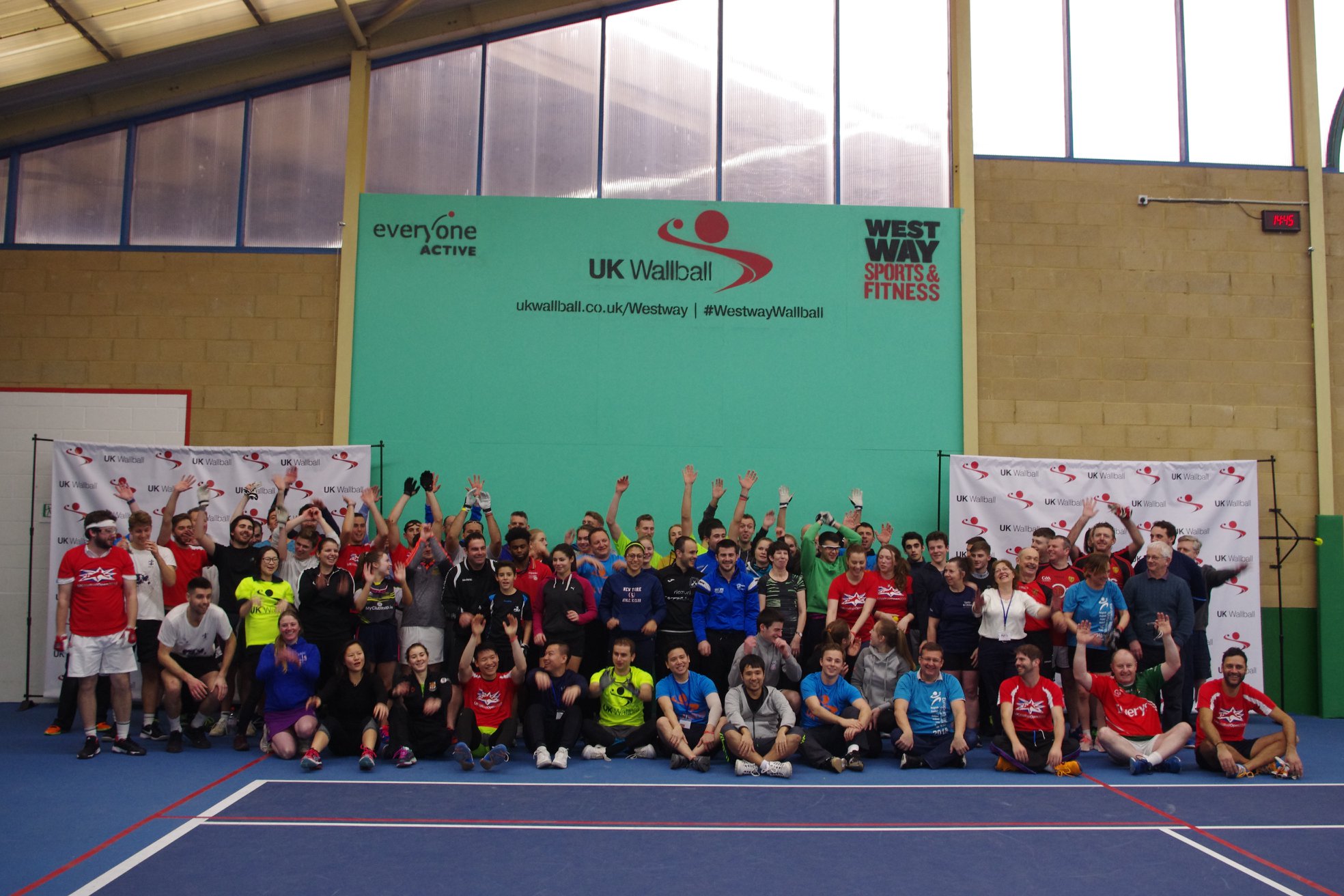 Over 500 people turned out to the 2018 UK Wallball Open to attend a 4 day international festival to celebrate the sport of Wallball and everything we’ve been doing this year. The festival took place on 16th to 19th February on our new courts at the Westway Sports Centre. 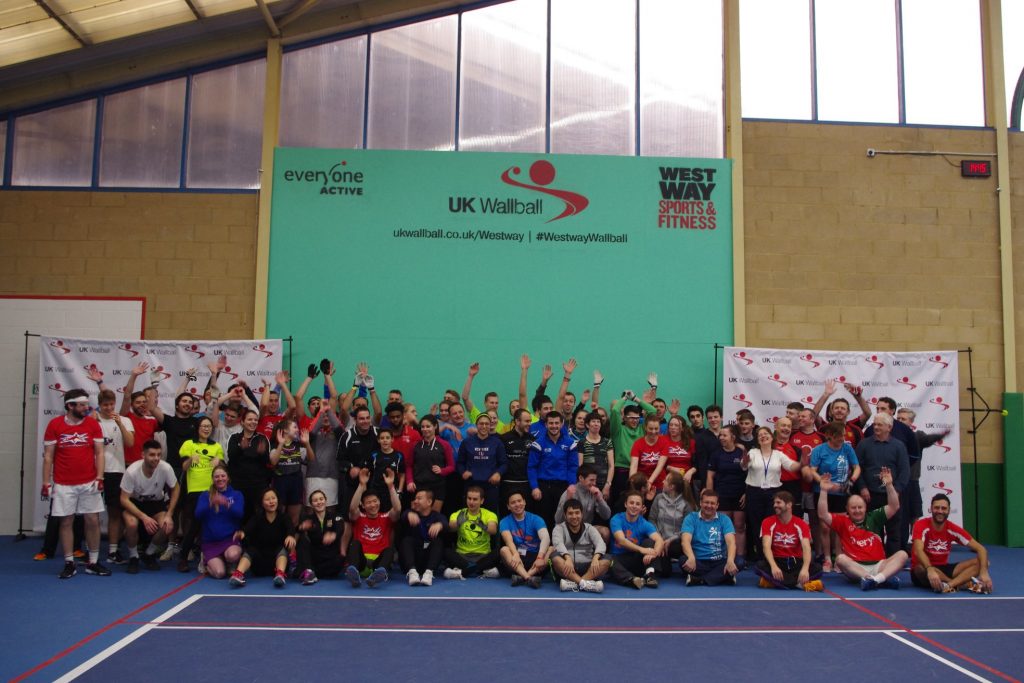 All our players from Doubles Sunday, on our new court

Wallball is a simple sport, in which players compete by hitting a ball against a wall with their hands. It is played all over the world and after being accepted as an official World Games sport, it will hopefully be featured in the Olympics in 2028. 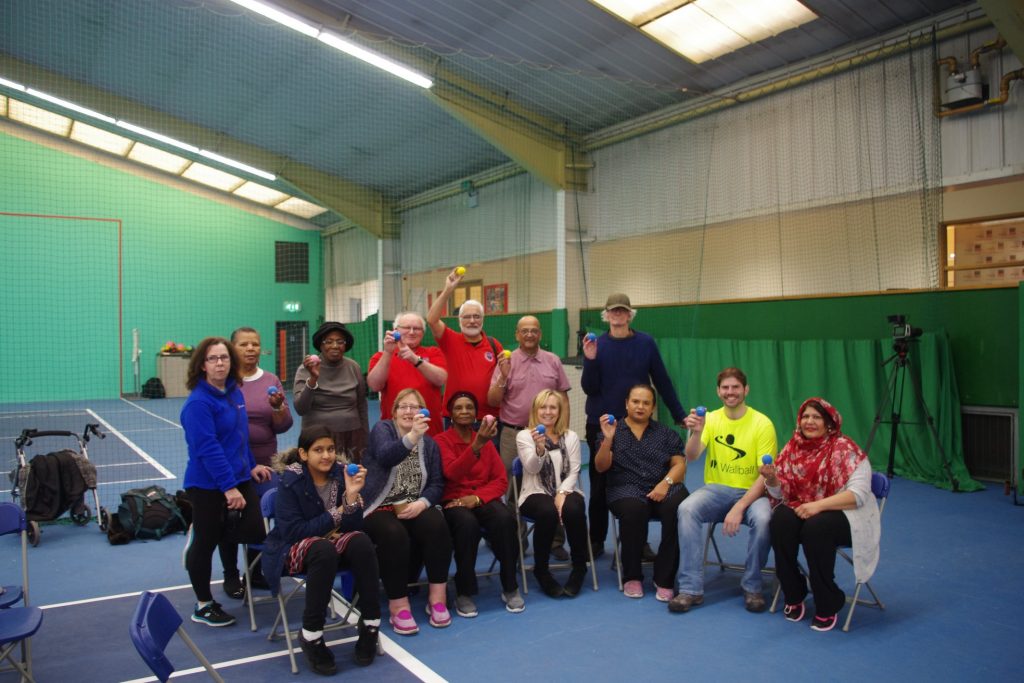 Our amazing stroke groups from Newham

The four-day festival included a wide range of different activities to showcase the sport. On the Friday UK Wallball organised a day of free activity for anyone with a disability or that had suffered from a stroke, to encourage them to take part in the sport and to show them the benefits of the sport for rehabilitation. We showed off our stroke rehab trial, our new smart wall and how we break down the game to its simplest forms to make it even more accessible than ever before. We also trained up 24 new coaches! 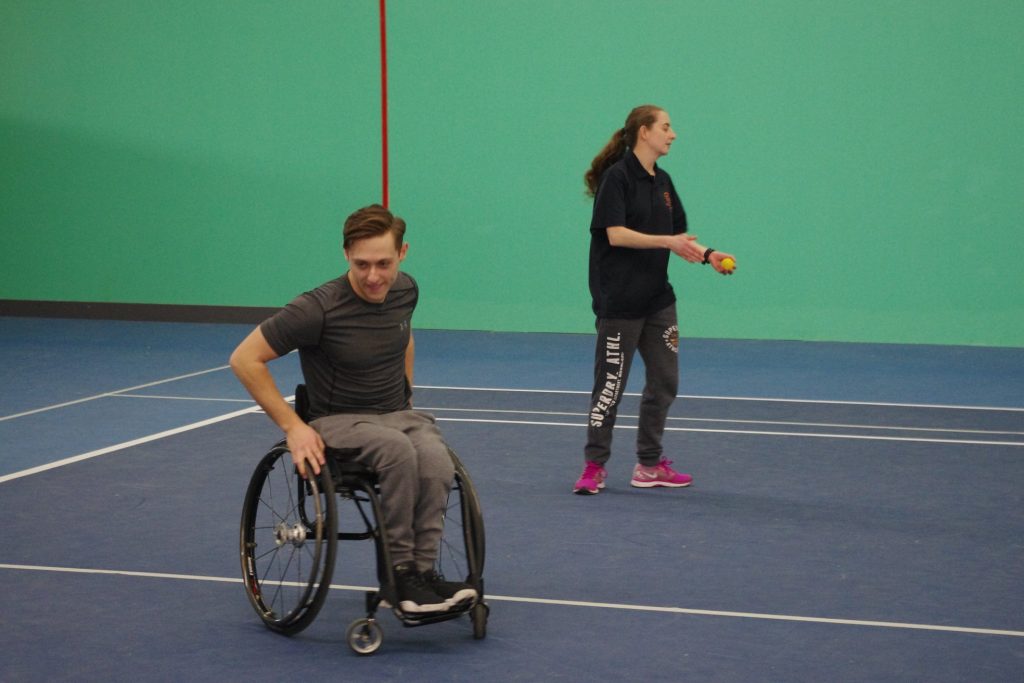 We trained up 24 new coaches

On the Saturday and Sunday we hosted an international festival for people to come and try the sport as well as learn from top Wallball champions including the world number one female player, Danielle Daskalakis. Members of the public were then able to watch her in action as she took part in the finals of the competition as well as enjoy a local arts festival.

With over 100 competitors this year’s Open was fantastic from the beginners right through to the pros. In the top divisions Danielle (USA) and Sacha (ESP) cleaned up the singles titles, while Mar and Patri (ESP) and Vlad & Ingmar (USA) won the doubles. Elsewhere in the tournament there was great British success from Andy Pringle, partnering with George Miller to win the Over 40s, Julie McIntyre from Durham won the women’s beginners and Westway wallball coach Dan Pritchard won the beginner’s doubles with his colleague Matt.

Finally, on Monday 19th February the festival culminated in a day specifically organised for local school children to come and try the sport. Over 100 children turned out for the day and were able to try the sport for free, as well as learn from Danielle Daskalakis. The event was a huge success (especially the glow ball!) and 8 schools have launched off the back of it. 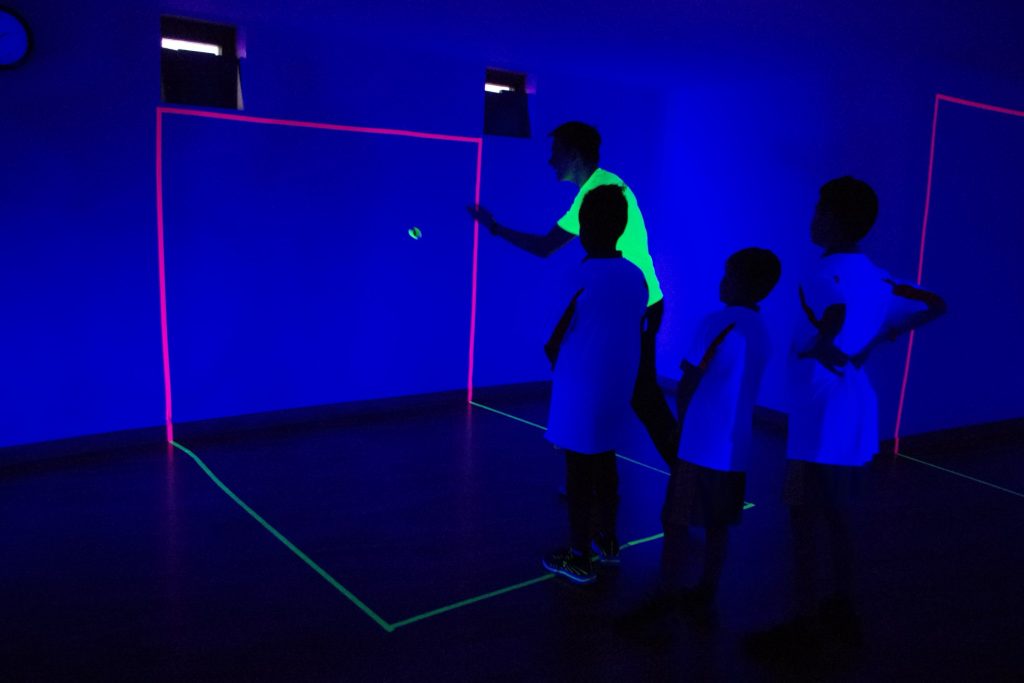 “We were delighted to be able to host this event in partnership with UK Wallball and to welcome so many people through our doors,” says Everyone Active General Manager Ian Ling. “We hope that this festival will kick start legacy of projects in the area for years to come and that this will encourage more members of our community to get involved in this fun and fast sport suitable for everyone.”

The Westway Centre will be our main West London Hub going forward with 7 indoor courts (and an 8th coming), we’ll also be refurbishing the outdoor courts to create 4 awesome new courts in time for summer. 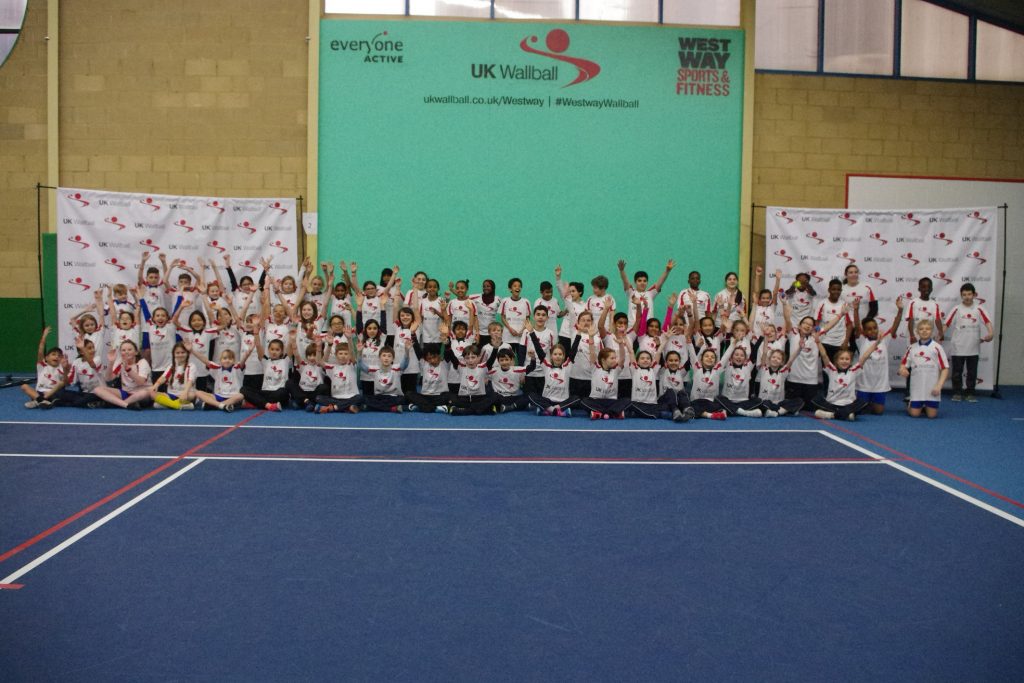 The Wallball courts are available for adults on Tuesdays from 20:00-22:00 – come and join the fun! And you can hire out the tennis courts with the wallball courts on to play socially.

Together Everyone Active and UK Wallball will be soon launching a new junior wallball programme as well as several other Wallball programmes. For more information please visit www.ukwb.burrowsca.com