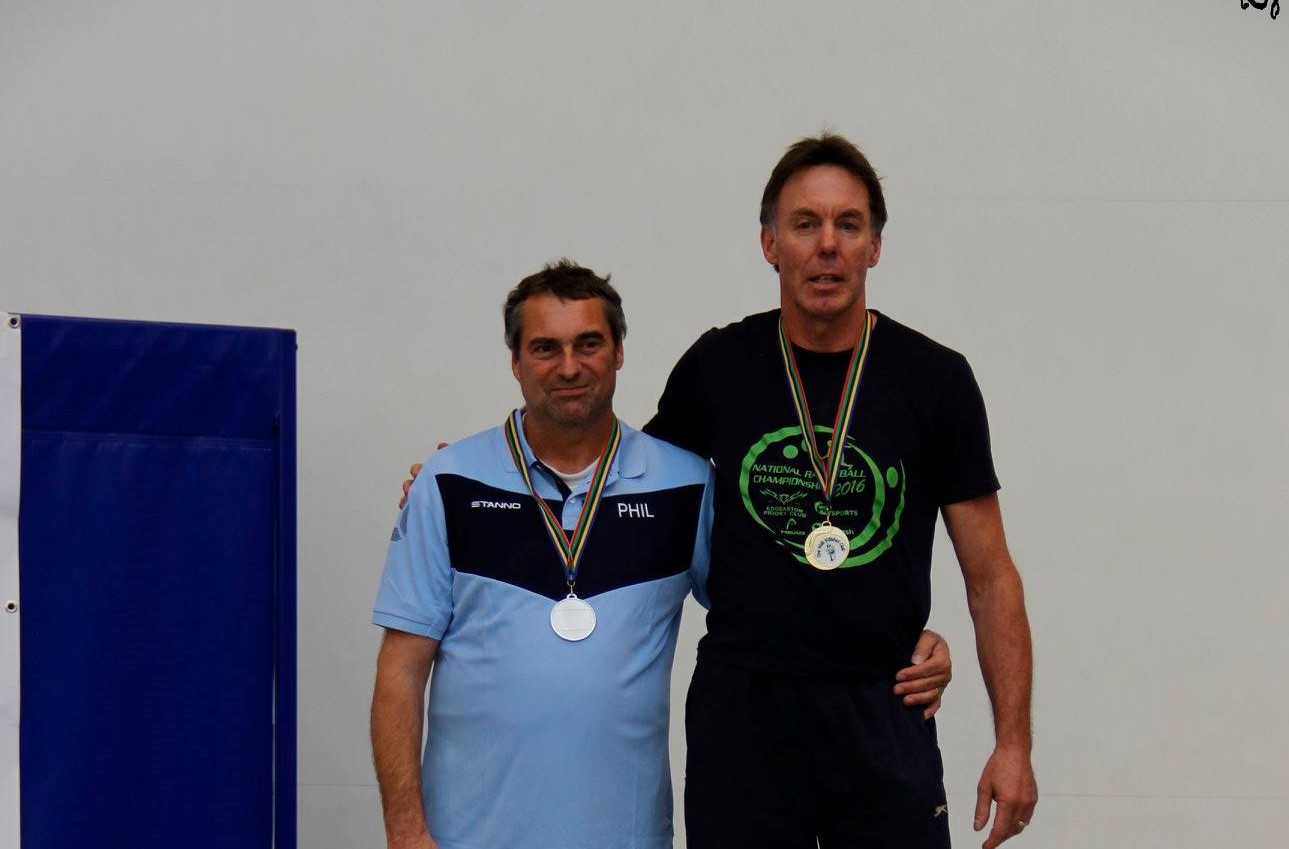 Mike English may only be playing the sport of wallball for two years, but at the 8th annual Belgian Open last weekend, he appeared, to many, like a seasoned pro. English, playing in his first tournament outside of London, left his mark by taking home three medals, including a gold in the Over 40s Singles event.
Having lost his first game of the weekend, English had a mountain to climb, but playing in both the B grade and the Over 40s, gave him a chance to grow into the tournament. Just a matter of hours later, he was up against his nemesis from the morning, Philippe de Mil, of Belgium, and this time, he learned from his earlier defeat and took a 21-16 victory.
On Sunday, he demonstrated excellent fitness by qualifying for the finals of both the B doubles, with youngster Terry McElvaney, and the Over 40s doubles, with Ireland’s Brian Havern. Luck was not on his side this time, as he suffered narrow defeats.
Mike is an example to many of how, players can start playing wallball, and with  proper coaching and commitment, make great strides in a short period of time. “I just came across the sport one day on youtube and thought I’d give it a try. I got in touch with UK Wallball, via facebook and a few weeks later, I was hooked!” His coaches at the club have been equally impressed. Team GB manager, Colm Grace, testifies to English’ determination: “He eats, drinks and sleeps wallball – always looking for his next game” .

Mike dreams of playing in the Open grade some day and his training reflects that goal. More to come from this talented player……