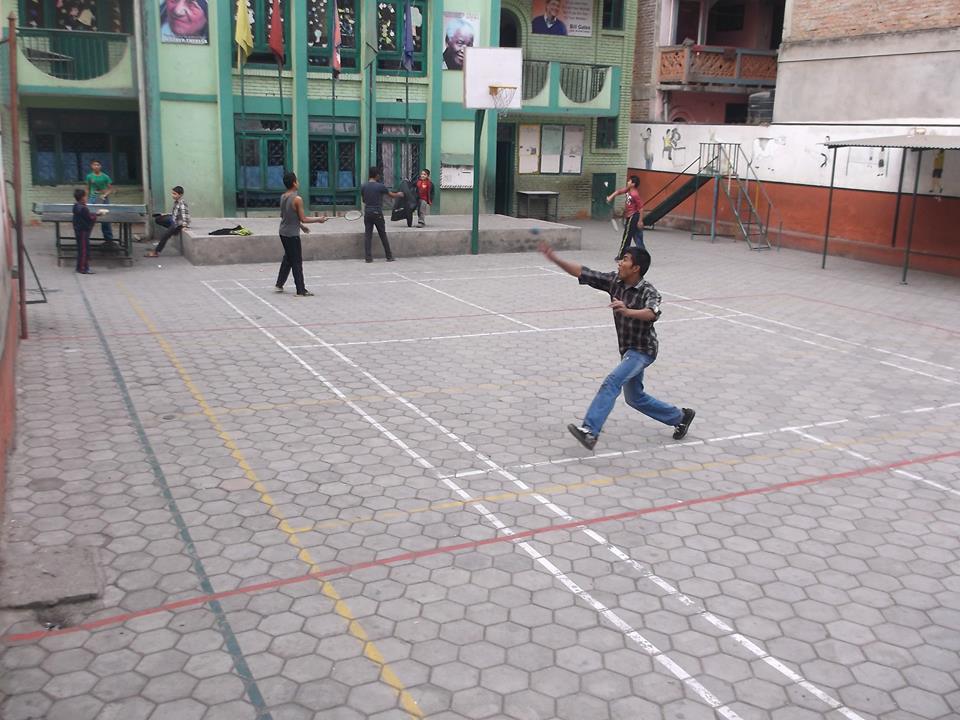 Yep, you didn’t read that wrong. Our promo video, which was designed to help launch the sport in schools in the UK has had an effect more far reaching than we ever could have hoped.

Jon Roland , from Tulsa, Oklahoma, stumbled across our video on the OneWall Dallas Facebook Page. He’s been using it to promote the sport in Tulsa, where the sport hasn’t really taken off just yet. However, on a recent mountain bike trek in Kathmandu, Nepal, he spotted a school near the main tourist area which had a large smooth wall and lots of floor space. Needless to say, Jon was inspired. 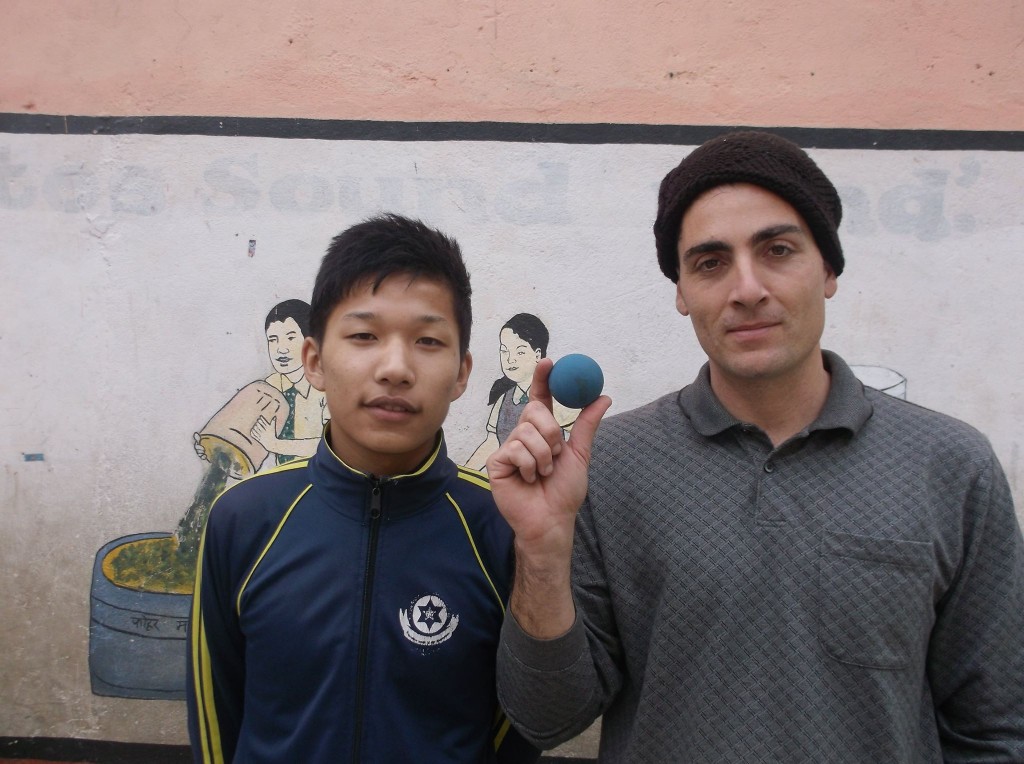 Jon Roland with a student from Future Star Academy

He approached the Principal, explained everything about wallball and showed him our promotional video. Within days he had volunteered his staff and his money to have the lines painted.

The video has now been shown to the pupils and Jon ran a couple of sessions for the interested kids. Naturally they took to it immediately and the first generation of Nepalese wallball players have set down their marker.

The school is the Future Star Academy in Dallu and the Principal has mentioned that any UK Wallball player would be welcome to attend the school for a game if they happen to be passing through the mountains. 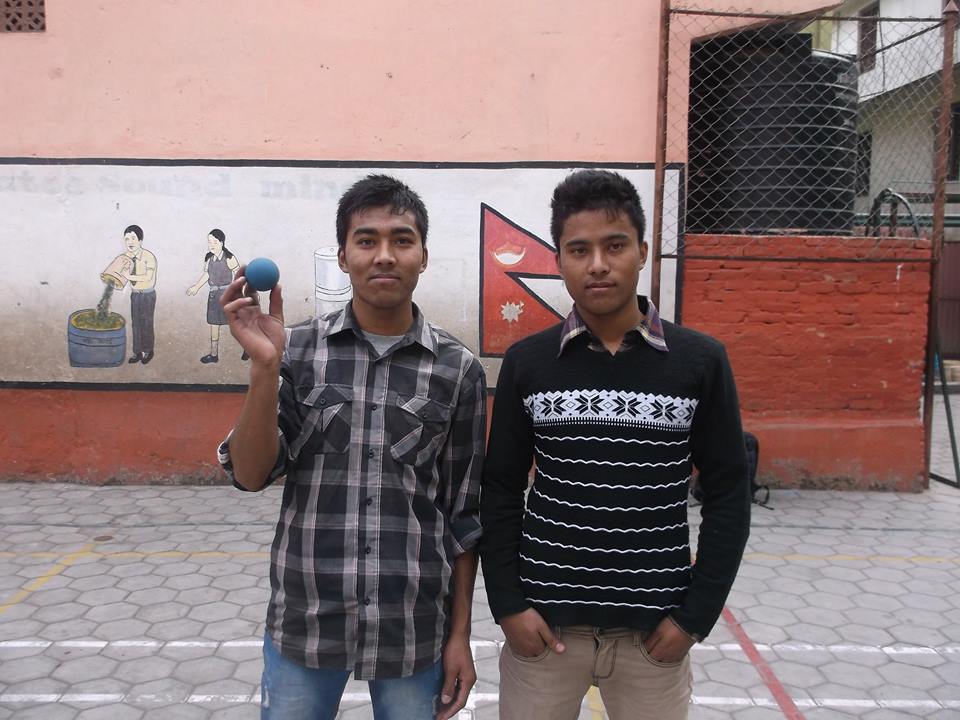 Two of the first ever wallball players from Nepal

Getting in touch with us through our Facebook Page, Jon told us: “I recently viewed the UK Wallball promo video on youtube, and I would like to say that that is the best wallball promo video available on the internet. Thanks to all who helped make it!…It will definitely help to promote wallball in the world.

“Some of the teachers are athletic and young and have taken to wallball quite enthusiastically. I also showed them your video in the schools library, and of course they were equally impressed. Well the bottom line is, that any wallball player that visits Nepal as a tourist now has a facility to come and play wallball.”

Jon’s story is a real inspiration. His passion for the game transcends languages and borders and we’re glad that our video helped him get the message across. His story is a great example for anyone who has ever walked past a flat wall and thought to themselves, “You know what, I’d love to have a game against that!”

In case you haven’t seen it – here’s our promo: