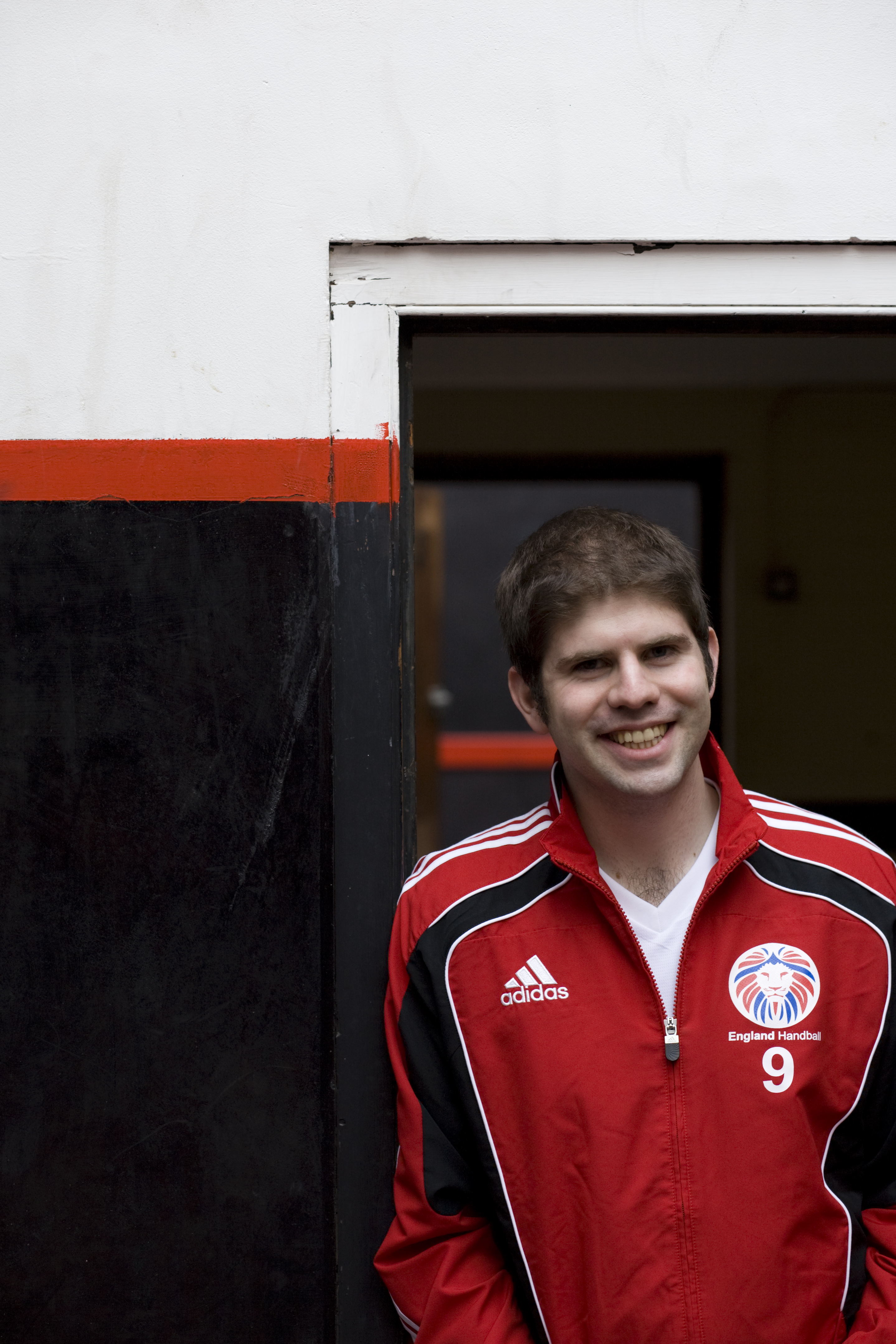 Daniel Grant has sat on the England Handball board since 2007 and has now taken over the Presidency from James Toop as the organisation rebrands to ‘UK Wallball’.  Daniel is hugely passionate about wallball and aims to raise the status of the sport so it reaches as many people as possible. He believes in the values of the game: a sport for all, regardless of background.

As well as taking on the administrative and organisational duties of the Presidency, Daniel is also one of our top players and competes around the world at the highest level. While travelling he forges links with other wallball organisations and ambassadors from around the world and brings back coaching and development tips to the UK. When not doing anything wallball he studies medicine at University College London and so knows how important it is to get kids into sport and being healthy. He believes wallball can help reach those children from the more deprived areas of the UK who can’t necessarily afford to play other sports.

England Handball has undergone immense change over the past few months and 2012 is sure to be an exciting year. I was delighted to take over the Presidency from James Toop in October.  James has laid some truly impressive foundations for the sport he almost single-handedly launched in the UK only five short years ago and now is the time to build on them and realise a national vision.

Over the summer the ‘Reset’ button was essentially pushed as key members of our voluntary board had to move on.  The new team, both driven and experienced, will follow the pathway laid out in our new 5-year plan and will proceed with attainable targets clearly in place.

With resources temporarily reduced our focus needs to be more targeted. With this in mind we’re putting a lot of work into our Schools programme.  The future of all sports lie with the next generation playing from an early age and handball is no different. Recent successes at both Merchant Taylors’ School and a group of Hertfordshire primaries has shown us we’re doing the right thing. Our original development work out of the Westway Centre will continue under the experienced and enthusiastic lead of Gareth Price and our School programme will now expand to target large secondaries around the country with a view to creating handball hubs at strategic locations.

We hope the adult game will boost in 2012, especially in light of the World Championships (see below) and we’re already on the way thanks to Dan Murray who has worked tirelessly over the past 6 months to launch the UK’s first university handball club at Worcester Uni. Congrats Dan!

Having travelled around the world in pursuit of handball I’ve really seen what is possible as both a sport remarkably accessible for the masses and one which warrants serious attention.  The ambassadorial role of the national team is beginning to pay off and England is now a well-respected handball nation.  The recent UK Open, our biggest tournament to date, was proudly supported by the World Players of Handball (WPH) – an organisation committed to seeing handball reach as wider audience as possible through state-of-the-art media. We’ll also be working closely with the Irish GAA in 2012 to see if we can copy their success of over 200 schools taking up the sport in 1 year.  Furthermore I was recently in Valencia with the CIJB (European Handball governing body) to discuss the formation of a new World 1-Wall governing body whose goal is to see 1-Wall become an Olympic sport.

Finally, we’re very pleased to be part of the Fives Federation – a superb governing body which will soon see all the fives codes benefit from the success of one and another, ensuring that fives stays on the map for years to come!

The World 2012 Championships in Dublin are coming up in October. This will be the biggest and best handball event ever staged and I would strongly encourage anyone and everyone to give it a go. All ages welcome, all levels of skill welcome and all casual Guinness drinkers welcome! I know I speak for everyone who went to the 2009 Championships in the USA when I say that that was one of the best experiences of my life and I know Ireland will be the same. It’s simply awe-inspiring to see so many other people from around the world passionate about fives-type games.  This year the tournament is split into 4-wall and 1-wall sections. You can play both or either. You’ll also have a chance to see the best players in the world fight it out, including our very own cream of the crop!

In line with the World decision to move handball forward for Olympic inclusion and to avoid confusion with the Team Handball variant, the name ‘Handball’ will soon be changing to ‘Wallball’.  And so perhaps the greatest challenge of the upcoming year will be to say: “Yes, I play 1-wall Wallball” after a couple of pints.