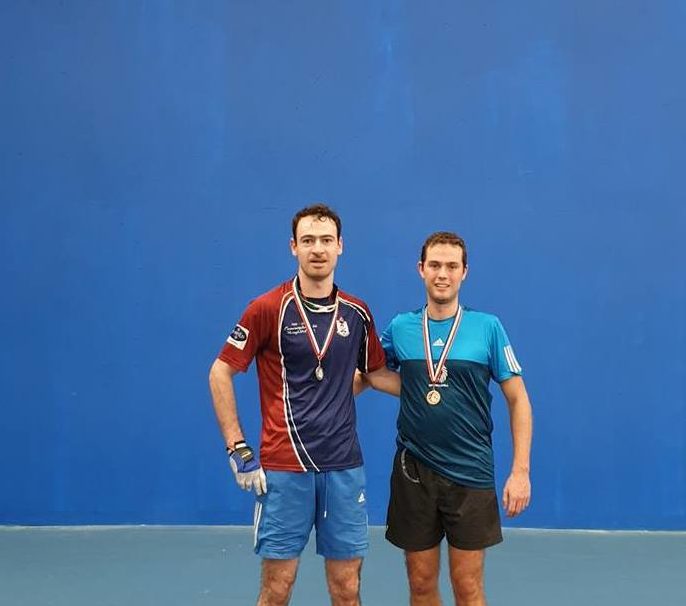 Another huge UK Open was held last weekend, with 80 players from all over Europe descending on Westway Sports Centre, London for the continent’s biggest wallball event. This was followed by a massive junior event with over 250 kids taking part in juvenile competitions. Wallball is growing fast! Strong performances from local players was capped off by Luke Stradwick taking gold in the B singles.

The world’s best competitors from Austria, Australia, Belgium, France, Ireland, Italy, Puerto Rico, The Netherlands, USA and of course the UK travelled to our top notch facilities at Westway, with 6 courts catering for the many talents on display.

The highlights for home players were surely the performances of Luke Stradwick (B singles champion), Terry McElvaney (B doubles champion) and Mike English (B doubles and Masters Singles champion). Stradwick, feeling rejuvenated from his doubles success in the Netherlands recently, was favoured by many to take this title and the second ranked player did not disappoint. He progressed to the final on his home courts, with minimum fuss, where he came across doubles partner Colm Grace. A strong start was key here and Stradwick set about moving Grace around the court, with ease. His strong serving forced Grace into difficult retrievals constantly and Stradwick forged ahead 10-2. Grace improved as the game progressed and a mini-revival brought the difference back to 5, but in the end, Stradwick’s clinical kill-shots were the difference, prevailing 25-16.

The B doubles was also an all-London affair with dynamic duo Mike English and Terry McElvaney facing up against Gareth Price and Ollie Arnold. The former have begun to form a formidable partnership and having come narrowly short in the Belgian final, they went one better this time. The result was a deserving 25-17 victory.

English followed this up by also taking the honours in the Over 40s Singles Division. A wonderful battle was had with Barry McCoy of Ireland, as both players displayed the same skills shown in the Open Division. The pair were well matched but English gained the last few points to win 25-21.

Despite the fantastic brilliance on display over the weekend, arguably the most impressive aspect of the UK Open annually is the amount of juniors that arrive for two more days of competition. Children from 10 to 15 learned from the best in Europe and showcased their burgeoning talents. We expect to see many of these competing at the top end of Europe in years to come. UK Wallball cannot wait for the next UK Open next February! A very successful season on the tour indeed. There are now 5 UK based players in the top 20 in Europe.